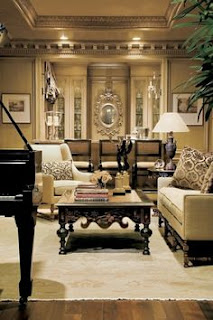 My friend Jenny told me Steven was rich. Not just rich, but rich rich. This was a detail I hadn't noticed; we were in the ninth grade and he was my first real boyfriend. I disagreed with her. He couldn't be rich: he acted too normal.

Jenny often noticed money more than other kids. Her mom was raising her alone and had to budget everything. When Jenny was told she could buy three new notebooks, it meant three, not four, and they had to be the brand that was on sale.

Most of the kids we went to school with came from families with money and we took a lot for granted. I never thought much of my parents' big house until I saw Jenny's apartment. I knew some really nice kids who didn't have money but rarely invited them home to spare them feeling bad and me not knowing how to make it better.

I was about to get a firsthand lesson about feeling bad.

After a week or two, Steven invited me to come to his house after school and then have dinner with his family. We exited the school bus and began walking up the driveway to his house and the driveway was half a block long. That was the first difference.

After a few scenic twists and turns, bordered on each side by landscaped shrubbery, his house rose up, three stories tall. It was a grand, expensive looking house the size of a small hotel. My eyes noted a spot of green to the right of us, and I looked to see a tennis court. We got to his front door and I was distracted again, this time by the sparkling blue water of a backyard swimming pool.

Once inside, I got the full tour, and it was impressive. Each room was so perfectly decorated it made me speak in a hushed tone, as if I might somehow offend the furniture or wallpaper if I spoke too loudly. I pretended I had to use the bathroom so I could call Jenny. In a whisper I told her "You were right, he's rich. I'm calling you from the PHONE in their bathroom. They have a phone in their bathroom!"

I marveled that the ordinary seeming boy who took me to movies was secretly living a whole different life as a rich kid. He was like Clark Kent, in a way, and this gave me a new reason to like him. Other kids with this much money might be jerks, but not Steven.

Later we walked out the side French doors and onto a rich expanse of grass, dotted with apple and cherry trees. We walked down a slope toward the water and he showed me his family's dock. It was 75 feet or so and although docks were nothing new in my hometown, you usually found them at marinas or parks, not in someone's backyard.

"We have to share it with the family next door," Steven said kind of sadly.

At dinner I encountered the heavy feel of real silver. Steven's little sister sat across from me and laughed when I didn't know how to use the silver corn cob holders, objects I had never heard of before that day. Steven's mother sat to my left and eyed me like I was something her son had found at a garage sale.

I was out of my league. I hated the feeling and hated his mother for giving it to me.

When I got home my mother asked if I'd had a good time.

I didn't have the heart to tell her why. It would have required explaining the difference between new money and old money and just how much that difference still meant. She and my father worked hard so they could afford a big house in the suburbs and a boat to take on vacation. They could afford to go anywhere, but often had no idea how to act once they got there. It wasn't their fault they'd passed this awkwardness down to me.

I suddenly found my boyfriend less attractive. I didn't want to get used to the way his mother made me feel so I broke up with him a week later.

We stayed friends and got back together several times, but the older he got, the more the money affected him. He began to judge people based on the model of their cars and where they went on vacation and what their parents did for a living.  He didn't seem like Clark Kent anymore.

When he was 22 he married a girl who had just finished dental school and whose parents had given her a private dental practice as a graduation gift. Steven's graduation gift from his parents was more modest: a check for ten thousand dollars.

He used it as a down payment on the house next to his parents. No more sharing the private dock. Steven's dad retired from his insurance firm and Steven took his place as partner, a plan which had been in place since his birth.

Today he has three children who are looked after by an au pair and Steven and his wife have dinner every Sunday night with his parents. His kids are still in high school. It'll be a few years yet before their money starts to show.


Amie Ryan is the author of essay collections GREEN SHOES MEAN I LOVE YOU and STARFISH ON THURSDAY and the Marilyn Monroe biography MARILYN: LOVED BY YOU. To learn more, please visit www.amieryan.com
Posted by seattleamieryan.blogspot.com