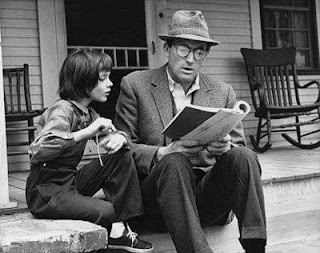 Like many of you, I loved Harper Lee's To Kill A Mockingbird. It was a book that made me love books and a story that made me love people. That's why I was eager to read the never expected sequel, Go Set A Watchman. I've spent the past two days in a fog, stunned and saddened by the experience.

As a writer, I can't imagine what it was like for Harper Lee to have her first writing effort win the Pulitzer prize. Her 1960 novel became not just a bestseller but the best selling novel of the twentieth century.

I particularly liked the narrator of Mockingbird, a scrappy little six year old girl named Scout. I was a bit of a Scout myself. Truth be told, I still am. I liked that Harper Lee chose for her subjects the ordinary people of her youth. As an adult, I try to do the same. There was a time I dreamed of writing even half as well as Harper Lee. That was true up until one week ago.

The story of Mockingbird takes place in the years spanning 1933-35 and tells the story of Atticus Finch, a widowed lawyer raising his two young children, Scout and her older brother, Jem. As he defends a black man, Tom Robinson, from a false charge of rape, Scout and Jem watch their ordinary father become a hero. By word and deed he teaches his children all people have equal value and that even when it is difficult to do so, it's important to do the right thing.

55 years after Mockingbird was released, we were told Harper Lee was releasing a new book. Or an old one, depending on your point of view. What we've been told is that Watchman was an early draft of Mockingbird which was kept and forgotten about until it was rediscovered this year. The novel Go Set A Watchman takes place in the same fictional town of Maycomb, with the same characters, but this time Scout is twenty six, returning home for a visit in the year 1955.

One week before Go Set A Watchman hit the shelves, book reviewers shocked readers when they told them Atticus Finch, one of the most beloved fictional characters of all time, is presented in the second novel as a racist white man who attends Klan meetings.

Many people wondered if they should read the second book at all. They feared reading Watchman would ruin To Kill A Mockingbird, a story many readers call their favorite book. I did read Watchman and I'm going to give a few secrets away. I do this to save you the trouble of reading what one Amazon reviewer called "The Godfather III of literature". Even if you plan to read Watchman, maybe hearing a bit more about the story will help brace you for what you'll find. 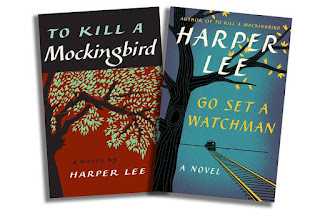 The book itself reads like a first draft and the first three chapters move slowly. Still, there are moments of fine writing and for better or worse, you will feel connected to this story. After the third chapter I couldn't put the book down. I tore through it in a day and for that day nothing got done until I'd read the final page. I'll tell you that when Scout returned home to find her world turned upside down and was sick in her heart, I felt sick too. When she felt like she'd fallen down a rabbit hole, I fell with her.

The lessons from the new book? The ones Harper Lee wanted to correct us on? It's OK to do the wrong thing. In fact, it's a whole lot easier. And if everyone else is doing it, you should just join in. The story all but reaches out and slaps you in the face.

Harper Lee might argue she knew Atticus better than we did; she created him, after all. She might say he was hers to do with as she saw fit. Many would disagree. Atticus Finch stopped belonging to Harper Lee the minute she gave him to us, way back in 1960. And why? Because we loved him, that's why. The minute readers loved him he was ours. Fair has nothing to do with it. My heart doesn't know from fair.

In naming this sequel Harper Lee quotes from the Bible: Go, set a watchman, let him declare what he seeth.

What I saw was an unfinished first draft that told an ugly story. I didn't mind the sloppy writing but I did mind that for some reason Harper Lee wanted to teach us people are basically bad. I reject that idea. I think we all need to reject that idea or we're at risk of making it the truth.