This story is one of my favorites, although when I first thought about writing it, it seemed like a terrible idea. It's a true story and I think it's a good example of how life can sometimes be very funny, especially when you don't expect it to be. 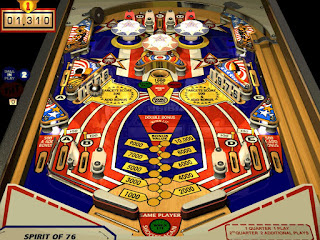 My older sister is not a warm person. Jessie hates the world and wants the world to know. Why that is or when it began, we never knew. Smile at her and you'll get a glare. Say anything nice and she'll ask you what the hell you mean by that. Just exist and she'll probably want to hit you. My mother used to sum it up by saying: it's just her way.

And then, when she was 24, my sister made an exception and liked something: her cat, Tommy, a black and white kitten named for a rock opera. You might imagine we found it nice to hear her speaking softly, to see anything actually bringing a smile to her face. But it wasn't nice. On my sister, it just looked wrong. And since it proved she was capable of kindness, it only showed she was being intentionally mean all the rest of the time.

And so we all carried a little resentment toward the kitten. Not that he bothered anyone. In fact Tommy was as dull as dust while he was alive but after he died he made things very exciting at our house, as you will see.

We had had numerous pets and always felt bad when one of them died but part of the process always involved getting the deceased pet out of there ASAP. For some reason, when my parents discovered Tommy dead in the garage they decided to leave him there until my sister could see him, if she chose.

This horrified me and I told them so. And was voted down.

And so, late that night, my sister came home and did indeed want to go see Tommy. She stayed in the garage for three hours as my parents and I exchanged looks and wondered what she was doing in there. When my sister came back into the house my mother asked her, gently, if it was okay if we "took care" of Tommy and my sister became hysterical.

"DON'T YOU DARE MOVE MY CAT!" she yelled.

And so they didn't.

We lived in Kirkland, a suburb of Seattle, and you've probably heard it rains in Seattle all the time. It doesn't. Sometimes, in the summer, the weather can go up into the 90s and beyond. Sadly for us, Tommy died in the middle of a weirdly hot July. Day One of the dead kitten became Day Two and it was 88 degrees by 10am. My father kept the garage doors shut because, as he confided to my mother and I, "otherwise the neighborhood dogs will smell that cat and drag him all over and we'll have little busted pieces of Tommy all up and down the street."

Day Two became Day Three (90 degrees) and then Day Four (92) and the garage became a scary place. My sister was spending over seven hours a day out there. We didn't know what she was doing and were afraid to guess. When she was inside the house she would wander up and down the hallway, wailing, sometimes in gibberish and sometimes almost coherently. She wailed things to God. She wailed things to Tommy. Sometimes it was unclear which one she was speaking to.

The family began to organize shifts to be sure one of us was at home with Jessie at all times. Each time my parents said they worried she'd do something crazy, they corrected themselves: "crazier."

Day Five was a recordbreaker (95 degrees), and my sister stopped being aware of things going on around her. She might have still been vaguely aware where she was, we weren't quite sure, but she was disconnected, and didn't seem to see or hear anything going on around her. This was frightening but also convenient as we could now discuss her behavior while standing right next to her without her noticing a thing.

My sensitive parents had stopped being sensitive. "What if I need a wrench or something?" said my dad. "Maybe we need to put her in a place," said my mom, using her euphemism for mental hospital. "I don't know," said my dad, "but we need to do something." It was a serious situation: they had lost access to their garage.

It was my suggestion we take advantage of my sister's altered state by waiting until she was asleep and then just removing Tommy and telling her God had taken Tommy to Heaven. I was voted down.

And then in the middle of Day Six (91 degrees) my sister agreed we could move Tommy. We could put him in a box and put the box in the trunk of my mother's car, but that was it. We couldn't move the box out of the trunk until my sister gave further instructions.

The rest of us all had the same thought at the same time: we needed to call David. David was in the third grade and lived next door. For a long time we all found him creepy until we discovered we could ask him to remove any dead offerings our cats left on the welcome mat. Birds, mice, squirrels, you name it, one phone call and David would say "Sure!" and come running over, happy to do the deed for a dollar.

And so we called him and he said "Sure!" and my mother gave him instructions. Two minutes later he came to the front door and reported the cat was in the box but that he couldn't get the lid of the box to fit. This was too much dead cat conversation for my mother so she told him that was OK and thanked him and sent him home with two dollars, since this was a big job.

My dad, who had served in the military and liked to remind us how tough this made him, went into the garage to fix the box problem and swiftly ran back into the house, gagging. On his second attempt he was able to fit the lid on the box but confided to me later this was easier said than done.

"Well the thing is, after six days, there's rigor mortis," began my father, under his breath. He looked carefully to the left and right to be sure my sister wasn't around to overhear his words. "I couldn't fit the lid on. I had to bend him and break him." We both burst out laughing and then immediately stated "It's not funny, it's really not funny," which, as you know, must be said following clearly inappropriate laughing, to undo the bad karma.

So Tommy, dead cooked bent and broken, went into the box and the box went into the trunk of my mother's Cadillac. She said it was like transporting "some guy whacked by the mob."

My dad bleached and bleached the garage floor. My sister seemed to come back a little at a time. "Thank God we have the garage back," said my mother, and then, almost as an afterthought, "and thank God your sister is getting back to normal."

Tommy rode around in the trunk for two days and then my sister let my mother take him to the vet. He was diagnosed with feline leukemia, cremated, and put into an urn, which my sister kept on her dresser. Every day she'd talk to Tommy and every day we'd pretend to not hear her doing that.

But if you asked my sister how she was, she'd snarl "Go to hell!" and that's how we knew she was back to her old self: despising the world, which was her way.

Amie, you wrote a wonderful story in one of your books about the epidemic of suicides in our era and locale. Which book was that in?

Thank you for the kind words! I just now saw your comment, I'm sorry for the delayed response. That story was called The Good School (I think it's on this blogsite) and it appeared in my book Starfish On Thursday. Thanks again for the great support!
Amie